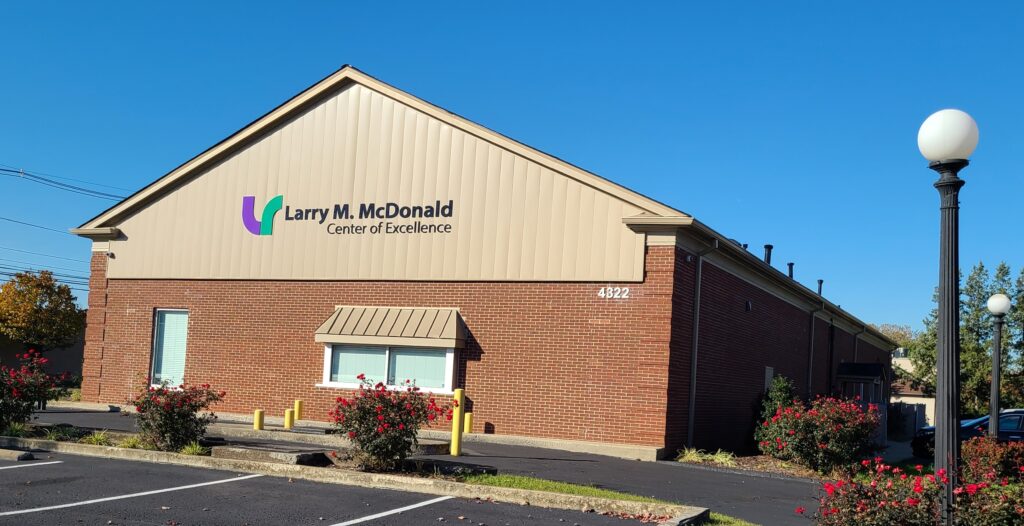 For years, Lincoln Foundation had leased space in downtown Louisville. McDonald, who led the organization for 18 years, spearheaded the purchase and renovation of what had been a former bank building.  The new permanent location better positions Lincoln Foundation to focus on its mission of providing college readiness programs for underserved youth from throughout the Louisville community.

During the event, Kentucky State Senator Gerald A. Neal presented Lincoln Foundation with a citation on behalf of the Commonwealth of Kentucky to recognize the renaming of the building. He noted the new name pays a well-deserved tribute to McDonald, whom he referred to as “an unsung hero” for his accomplishments during his tenure until his retirement in 2019. James Standard, a Senior Graduate Admissions Officer at Bellarmine University and a Whitney M. YOUNG Scholar alumnus, provided remarks and spoke about how the renaming is a fitting tribute to McDonald, whom he considers a mentor and friend.