Lincoln Foundation has empowered youth to overcome adversity through education since its founding by Berea College on January 17, 1910. 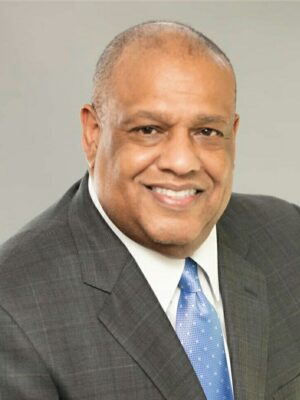 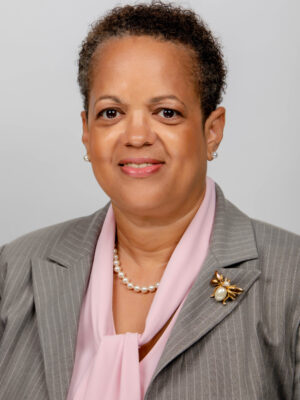 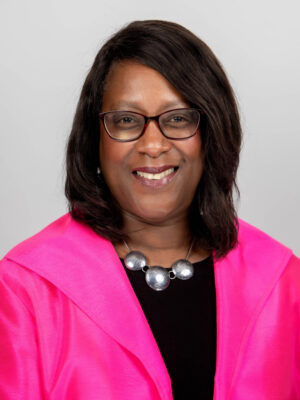 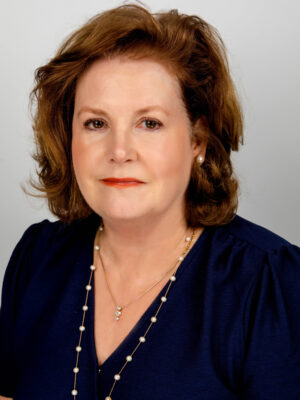 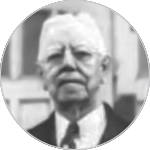 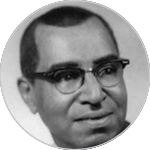 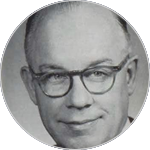 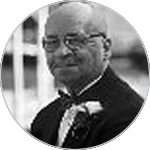 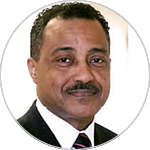 Marshall Bradley, Jr., is the chief executive of the Lincoln Foundation. Mr. Bradley is also a former member of the Lincoln Foundation’s Board of Trustees. Most recently, he served on the Finance Committee and was a co-chair of the Capital Campaign committee. Mr. Bradley enjoyed a distinguished 38-year career in the commercial banking industry, including the former Liberty National Bank, National City Bank, and Chase Bank, and Old National Bank.  In addition to his role as a banker, Mr. Bradley served as an instructor and adjunct faculty in Banking, Finance, and Economics with the Kentucky Bankers’ Association, American Institute of Banking, and Jefferson Community and Technical College. He also served as a member of the Curriculum Review Board for the American Institute of Banking and a guest lecturer for the American Free Enterprise System. Mr. Bradley holds both a B.A. in Business Administration and an MBA from Bellarmine University.

A native of Louisville, Mr. Bradley attended the former Flaget High School and St. Xavier High School before graduating from duPont Manual High School in 1975.  He received a B.A. in Business Administration in 1981 and later an MBA in 1986, both from Bellarmine University.

Mr. Bradley is the father of three daughters and grandfather to two grandsons.

Venita Benboe is Director of Educational Programs.  She manages and supervises all educational programs and summer institutes, including the Whitney M. YOUNG Scholars Program.

She is a 27-year veteran educator and administrator (Retired) from Jefferson County Public Schools.  She has served thousands of students over the span of her career as a high school principal, assistant principal, and high school English teacher within JCPS.

Ms. Benboe is also a proud product of Jefferson County Public Schools, graduating from Pleasure Ridge Park High School. She holds a Bachelor of Arts Degree in English from Hampton University and obtained her Master of Education Degree from the University of Louisville. In addition, she furthered her education by completing an additional 60 credit hours beyond her Master’s Degree in School Leadership from Spalding University.

Ms. Benboe is a member of Alpha Kappa Alpha Sorority, Inc., Jack and Jill of America, and the NAACP. She has served on numerous district committees and community boards and has worked with community leaders to improve students’ academic performance and help them gain access and exposure to other high academic opportunities.

She is married to Clarence Benboe and has four children.

As Director of Development, Ms. Campbell is responsible for leading the strategic direction of Lincoln Foundation’s fundraising, marketing, volunteer, and public relations efforts.

Prior to joining the Lincoln Foundation, Ms. Campbell was the Vice President of Advancement for Uspiritus. She also served several years as the Assistant Dean for Development at the University of Louisville College of Education and Human Development.  At UofL she raised funds in support of the University’s Signature Partnership Initiative in West Louisville and the funding of a portable dome for the Gheens Science Hall & Rauch Planetarium.

Ms. Campbell is active with her church and has served on a number of nonprofit boards including Brooklawn Child & Family Services, Kentucky Derby Festival, Leadership Louisville, and the Louisville Orchestra. She is also a member of the Junior League of Louisville and served as president in 2010-2011.

Ms. Campbell holds a B.A. in Journalism and Political Science from Indiana University and an M.A. in Management from Webster University.

Rebecca A. Walter, CPA, Director of Finance, joined Lincoln Foundation in 2020.  Rebecca grew up in Louisville and graduated from Western High School.  She attended the University of Louisville where she earned a B.A. in Business Administration.  She has worked in Texas, Tennessee, and Kentucky as a certified public accountant. Rebecca has over 30 years of work experience in non-profit, corporate, and public accounting.  Her most recent position was Controller at the Archdiocese of Louisville.

Rebecca is married to Richard Walter and has two grown daughters, Elise and Caroline.  In her spare time, she enjoys gardening, hiking, and spending time with her family and dog.

Dr. A. E. Thomson was the first President of the Lincoln Institute. A native of Ohio, Thomson attended Oberlin College and later became a tutor there. He then became pastor of Union Church at Berea College in 1903.

After the 1904 Day Law prohibited integrated education in Kentucky, Thomson became chairman of a special committee at Berea for the establishment of a new school for black youths. He became deeply involved in fundraising for the new Lincoln Institute and solicited contributions for the school from individuals of widely varied backgrounds, from wealthy New York philanthropists to poor African-Americans in Kentucky. Thomson was ultimately named the school’s first principal in 1910.

As principal of the Lincoln Institute, Thomson made great efforts to persuade the white citizens of Shelby County that the arrival of the new all-black school would benefit, not harm, the community. Opposition to the school remained intense despite his efforts, but Thomson was successful in persuading some of the most prominent citizens of Simpsonville of the school’s value.

After Thomson retired from the Lincoln Institute in 1927, he continued to work with the new leadership of the school to ensure the continuance of the school’s Christian character.

Whitney M. Young, Sr., was born September 26, 1897, in Midway, Kentucky, the son of Anne and Taylor Young. He was united in marriage to the former Laura E. Ray and was the father of Arnita, Whitney, Jr., and Eleanor. Whitney attended Lincoln Institute, Lincoln Ridge, Kentucky, Louisville Municipal College, and Fisk University, Nashville, Tennessee.

Dr. Young served in the United States Army during World War I. Following his service, he worked as an Engineer for the Detroit United Railway. His education career began at Lincoln Institute where he taught engineering, coached football, and became the first black president of that institution in 1935, where he remained until retirement in 1966. His entire life was dedicated to educating youth. His 39 years of service to black youth is a fitting memorial to this outstanding man.

Dr. Young was a recipient of innumerable appointments, awards, and degrees. He received a number of appointments to special committees from various U.S. Presidents. Some of these included: Citizens Committee for the Implementation of Civil Rights Law, Committee on the National Budget, Consultation Committee, and member of the Chief Justice’s Housing Commission. Other appointments included the State Library Commission, and the Commission on Adult Education. He was also President of the Kentucky Negro Education Association and a member of the Southern Association for the Accreditation of Colleges and Secondary Schools. Much of his life was devoted to involvement in civic and social organizations. He was a member of Alpha Phi Alpha Fraternity, Psi Boulé, Red Cross Hospital board, and the Whitney M. Young, Jr. National Foundation.

From 1947 onward his life was connected to the Lincoln Foundation. At this point, he had taken the role of executive director. The Lincoln Foundation, which was originally designed to manage the business interest of the Lincoln Institute, now had programming in the Jefferson County area. The program “Youth Speaks, Inc.” received national awards as a youth citizenship program that addressed educational opportunities for blacks.

Tydings was married to Mary Paige Gaines. They had two daughters. He held many other positions that enabled him to continue his work of building bridges between different people.

J. Mansir Tydings passed away in 1974 and is buried at Cave Hill Cemetery in Louisville, Kentucky.

Dr. Samuel Robinson, President Emeritus, is originally from Memphis, Tennessee. He attended Tennessee State University, where he earned a bachelor’s degree in Biology. He served two years in the U.S. Army before his mentor, Whitney M. Young. Sr. hired him as a biology and math teacher at Lincoln Institute in 1960. He later became Lincoln Institute’s Dean of Education and Administrative Assistant to the President.

In the 1940s, the state took over funding of Lincoln Institute, and in 1967, the state changed the school’s mission from educating black students to gifted but disadvantaged students. Dr. Robinson was appointed Principal of Lincoln School and served in this role until the state closed the school in 1970. Despite the untimely closure, Dr. Robinson was responsible for enabling one class to graduate. All 42 of the graduates received four-year scholarships to colleges, including Harvard and Yale.

Following Lincoln School’s closure, Dr. Robinson served as Principal at Louisville’s Shawnee High School for a few years and then went to Indiana University to earn a Doctorate in Education. He returned to Louisville in 1974 and was appointed Executive Director of Lincoln Foundation. He later became its President in 1991.

Dr. Robinson is well known for his civic and community involvement, including serving on the boards of Bellarmine University, PNC Bank, the National Board of the Presbyterian Health, Education and Welfare Association, and Visitors of the Indiana University School of Education. He is a co-founder of the Louisville Chapter of One Hundred Black Men and the Kentucky Minority AIDS Council.

Throughout his career, Dr. Robinson has received over 100 honors, including induction into the National African American Hall of Fame. Dr. Robinson has received Honorary Doctorates from Northern Kentucky and Bellarmine Universities. In 1997, Louisville Magazine named him one of Louisville’s 50 most influential citizens. In 2001, Louisville Mayor David Armstrong presented Dr. Robinson with the city’s second Dream Award, which recognizes someone who reflects the principles of Dr. Martin Luther King Jr.

Dr. Robinson continues his affiliation with Lincoln Foundation as Trustee Emeritus on the Board of Trustees. He is married to the former Hugh Ella Walker, a retired Jefferson County Public School teacher. They have two daughters and six grandchildren.

Larry McDonald retired as President of Lincoln Foundation in early 2019 after leading the organization for 18 years.  Mr. McDonald began his tenure with Lincoln Foundation as a volunteer in 1985 helping with the design and launch of Project BUILD, a mini MBA program for high school students of color.  That exposure led to his service on the Board of Trustees, and ultimately serving as the board’s vice chair.  He took over the leadership as president of Lincoln Foundation in 2001, advancing the work of Dr. Samuel Robinson, President Emeritus, who created the Whitney M. YOUNG Scholars Program®.

Mr. McDonald worked tirelessly and passionately to preserve Lincoln Foundation’s rich history which dates to 1910 when Berea College Trustees founded Lincoln Institute, a prominent boarding school for African American students.  His tenacity to advance the legacy of Whitney M. Young, Jr. and Sr. led to the renovation and creation of a photographic exhibit of the Whitney M. Young, Jr. Birthplace and Interpretative Center, a National Historic Landmark.  He also facilitated the renovation of what is now the Lincoln Institute Alumni Center which officially opened during a ribbon cutting and dedication ceremony in July 2018.

McDonald leaves the organization with an exemplary track record of expanding the Whitney M. YOUNG Scholars Program®, doubling the net assets of the Lincoln Foundation, and facilitating educational programs that have enabled thousands of students to improve their futures by obtaining their high school diplomas and college degrees.

Larry and his wife Terry are proud parents and grandparents.